A-Star Sports co-founder is Coach of the Year

A-Star Sports co-founder Gary Bassett has been crowned Cheshire West and Chester’s Coach of the Year in the 2013/14 Sports Awards.  Gary also runs A-Star Sports’ showcase franchise in the local area with his wife and business partner Sharon. 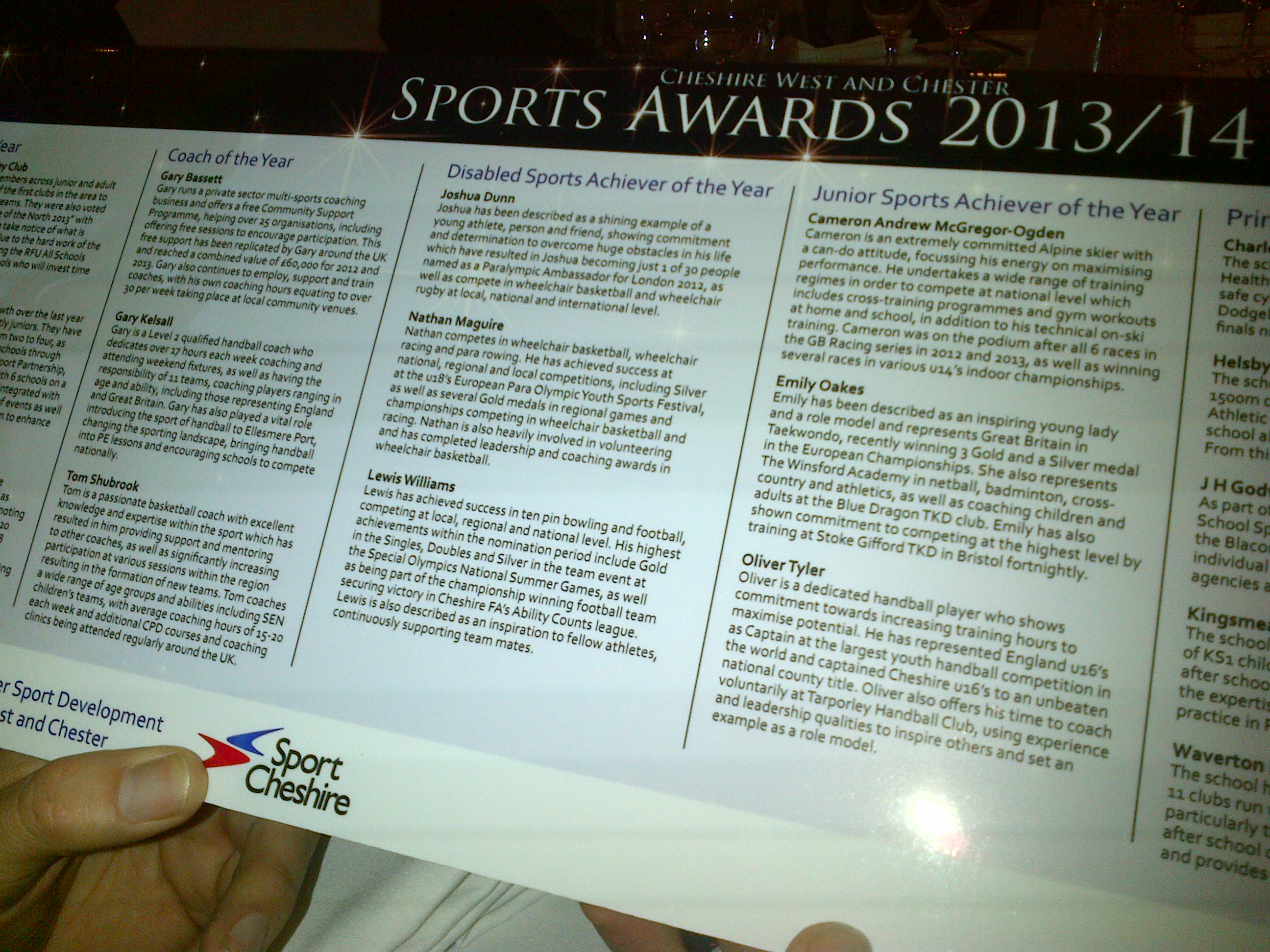 The 5th Annual Cheshire West and Chester Sports Awards were supported by Sport Cheshire and held at the Macdonald Portal Hotel, Tarporley on Thursday 27th March 2014.  The award organisers summarised some of Gary’s achievements:

“Gary runs a private sector multi-sports coaching business and offers a free Community Support Programme, helping over 25 organisations [in the Cheshire West &amp; Chester area], including offering free sessions to encourage participation.  This free support has been replicated [by A-Star Sports franchisees] around the UK and reached a combined value of £60k for 2012 and 2013.  Gary also continues to employ, support and train coaches with his own coaching hours equating to over 30 per week taking place at local community venues.”

Gary was awarded the Coach of the Year accolade by Mark Colbourne MBE, gold medal-winning cyclist at the 2012 Paralympic Games. Incredibly, with only 6,000 available seats at the velodrome for the London 2012 Paralympic cycling events, Gary and Sharon were actually there – posting on Twitter and Facebook! – when Mark won the Gold:

A fantastic Gold medal and world record time for Mark Colbourne at the #Velodrome – you’re an inspiration, Mark :) pic.twitter.com/gB946zMs

Gary said: “It was such an inspiration to hear Mark talk of his achievements at the awards ceremony, especially after seeing him break the world record and achieve Paralympic Gold right before my eyes back in 2012.  We’ve heard a lot in the last few years about inspiring a generation and making a positive difference. Mark has done this and now, although in completely different way, I hope to continue to do the same by inspiring young children to take part in sport and discover just what an amazing difference it can make in your life.” 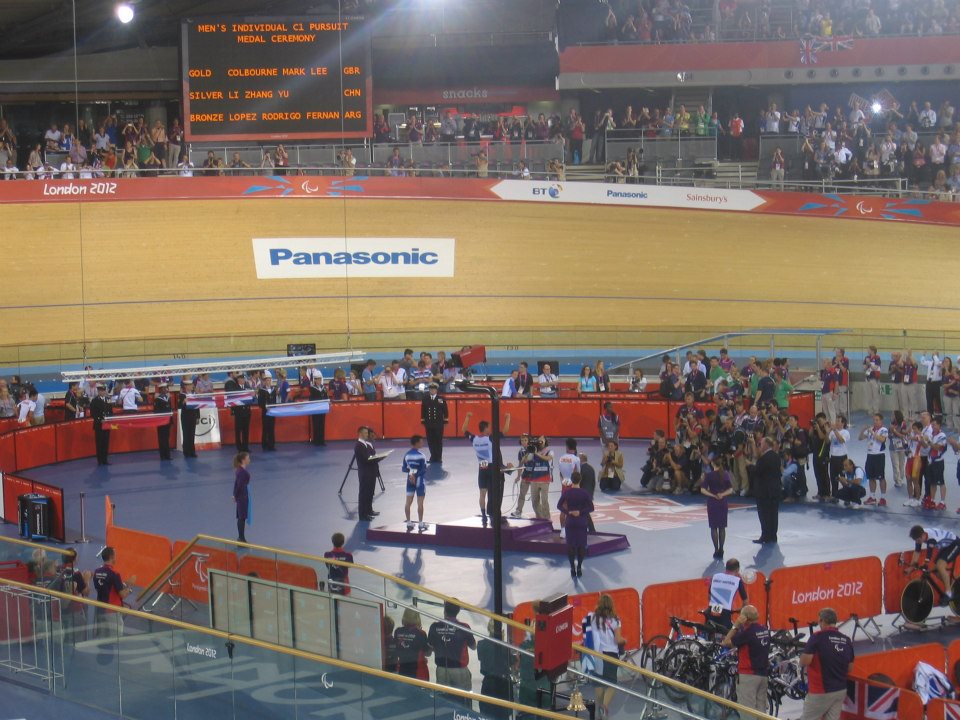 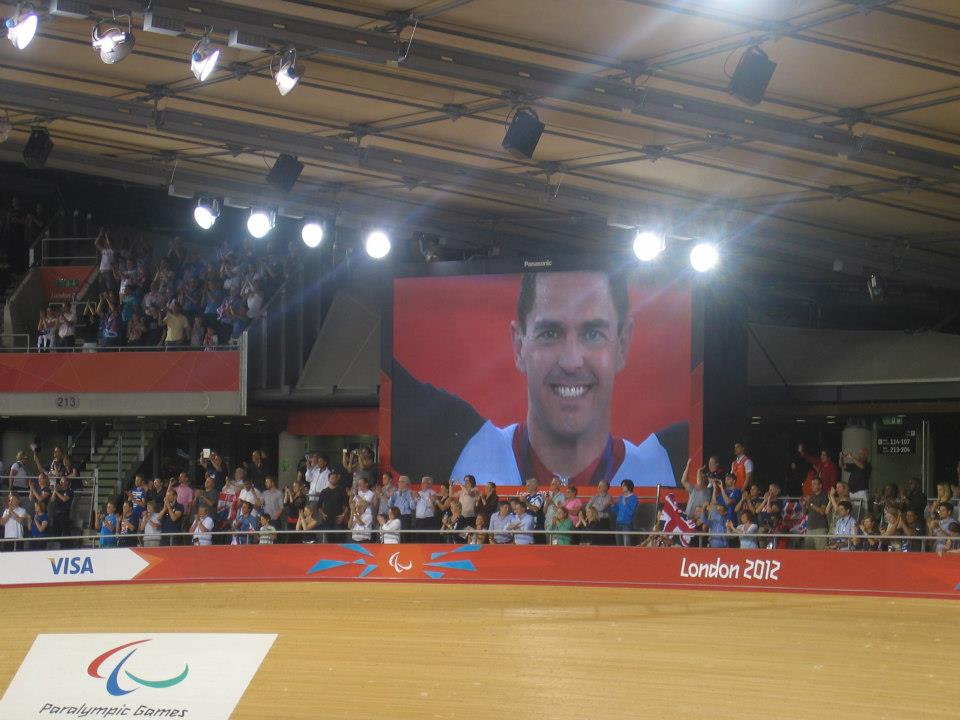